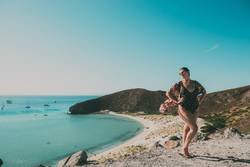 Used by physiotherapists and specialized massage therapists, mobilization is a manual therapeutic intervention technique that meets some needs.

Unfortunately, it is an action that is very poorly understood by the general public and that would benefit from being understood, as the effects it produces would be improved.

It is also often confused with manipulation, which is a very different technique in many ways.

In this article, we will also review the benefits of manipulation and what you can do to maximize the effectiveness of the manipulations that your physiotherapist will administer during your next treatment.

It is therefore, after a general relaxation massage that serves as a preparation, the therapist himself who will take the segment targeted by the intervention, and will make it move in certain axes of movement.

The term passive in the definition refers to the fact that the client remains inactive. He/she should neither assist nor resist the movement that the physiotherapist is attempting to perform.

Physiological play refers to the range of motion allowed by active structures such as muscles.

Mobilization targets problematic muscles and movement patterns that may have been altered to cause the unpleasant sensations that brought the client to the clinic.

The speed of execution is crucial, because if performed too quickly, the technique can cause muscle spasms that interfere with the progress of the treatment.

The technique in question, by relaxing the supporting structures (notably the muscles), creates more space in the affected joints, which often allows the bone structure to regain its desirable alignment by itself.

In this action, the practitioner must use a quick gesture to surprise the muscle by going faster than the contraction associated with the muscle stretch reflex (spasm). This is one of the fundamental differences between the two techniques.

While mobilization focuses on the muscle response, manipulation does its best to ignore it. By moving more quickly, we attack the joint directly to reduce the pressure that is contained within it.

If we accept that the majority of joint disruptions and displacements are caused by muscles applying too much tension here or there (the alternative would be a shock of some kind), it makes much more sense to try to address the muscle response in order to fix the source of the problem.

Furthermore, the last few decades have taught us that mobilization is much safer than manipulation, because although harmless if done properly, manipulation can cause injury if done with too much amplitude or in the wrong direction.

It is also not uncommon to hear that the relief provided by manipulation, although very intense, does not last over time, unlike mobilization. A possible explanation for this is that the musculature was involved and was not addressed in the treatment.

Ultimately, the speed of execution, the physiological principles exploited and the results are all points of divergence between these two families of therapeutic techniques with similar names.

In this way, residual contractures are forced to dissolve and possible seizures are reduced.

With a more relaxed and less restrictive musculature, mobilization also allows the therapist to show the body the natural and optimal axes of movement it should use to build its movements.

By modifying the deficient axes of movement, the body is prevented from returning to its bad motor habits that can bring back the contractures that were problematic.

Another interesting benefit of incorporating mobilizations into massage is the deep relaxation they provide.

More than just pressure on the skin and underlying structures, the fact that the segments are mobilized passively in reasonable amplitudes can give the client the impression that he or she is being rocked. This state of deep relaxation puts the nervous system into a parasympathetic second state that promotes recovery on both a psychological and physiological level.

Unfortunately, the biggest obstacle to the proper application of mobilizations is the resistance offered by the client. Encountered especially when the client is not familiar with these techniques or his therapist, such resistance reverses the desired effects.

Instead of being lulled into relaxation, active resistance can sometimes even keep the client awake or even preoccupied with what the therapist is trying to do.

As a professional, it is disappointing to encounter this obstacle, knowing full well that mobilization would do the most good.

After trying a little, you find yourself turning to other techniques that may be less effective for the case.

To help your therapist help you, do your best to relax your entire musculature and remember that you are in the hands of a professional who only wants to help you.

The differences between mobilizations and manipulations are obvious, whether it be the speed, the physiological principle or even the nature of the results obtained.

Now that you understand what your therapist is aiming for when incorporating mobilizations into your treatments, you will know that it is best to relax and trust to maximize results.