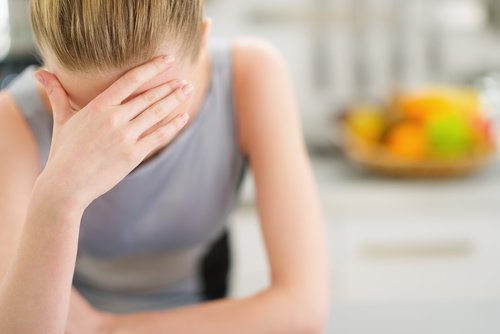 Seasonal depression: don't underestimate your diet!
. . . . . . . . . .
The temperature is dropping, the light is fading, the days are getting shorter: it's no wonder that our moods are affected when fall arrives.

However, for some people, it is a real mood disorder.

Seasonal affective disorder, more commonly known as seasonal depression, is a form of depression that appears at the same time every year. In most cases, episodes begin in the fall or winter and resolve in the spring (1).

This is not a sign of laziness or weakness, but a recognized problem that occurs during this time of year.

In order to establish a clinical diagnosis of major depressive disorder with a seasonal character, the depression must occur at the same time each year, in autumn or winter, for at least 2 consecutive years, and disappear the following spring (2).

The most common signs and symptoms are:

Am I at risk for SAD?

It is estimated that 3% to 8% of the population in northern countries are affected by SAD.

The prevalence of the disorder varies with latitude, age and gender. Age is an important predictor of seasonality, as young people are more likely to be affected. Gender is also a possible risk factor since 60 to 90% of sufferers are women. (3)

In the fall and winter, the days get shorter and the light intensity drops. This drops from about 130,000 lux (a unit of measurement for brightness) on sunny summer days to about 2,000 lux on winter days (4). The link between brightness and SAD has long been established (5). The exact mechanisms of SAD are not fully understood. Like other types of depression, SAD is caused by an imbalance of neurotransmitters (melatonin and serotonin) in the body. This disruption leads, among other things, to a desynchronization of the circadian rhythm, i.e. the biological clock.

Known as the "sleep hormone", melatonin is produced by the brain in the absence of light and signals the body to rest. With the decrease in light during the fall and winter, its production increases and its blood level is too high during the day, which causes fatigue and sleepiness.

There is also an indirect link between light and serotonin production (6). Serotonin is a neurotransmitter involved in the regulation of circadian rhythm and its lack is linked to various mental health disorders: stress, anxiety, depression.

Diet plays a key role in mood regulation because it controls the amount of serotonin released by the neurons.

It is mainly the consumption of carbohydrates, via the secretion of insulin and the level of plasma tryptophan, that increases the release of serotonin. Proteins do not have this effect. (7)

There is a tendency to want to eat more carbohydrate-rich foods (chocolate, cookies, chips, pasta, etc.) in order to feel better.

Foods of lesser nutritional value, such as sweets and chips, are likely to have a more rapid and intense effect on serotonin production. They will therefore be more effective in boosting our mood in the moment. However, given their low fibre content, they will be quickly assimilated by the body and the effect will be very short-lived. This will push us to want more and more to keep us in a good mood. Since they are often high in energy density, this can lead to weight gain.

There may be a functional link between omega-3 deficiency, inflammation and serotonin (9).

Furthermore, several studies suggest that an increase in dietary intake of omega-3 polyunsaturated fatty acids could be beneficial in the treatment of depression, mainly omega-3 EPA (10).

Vitamin D, also called the "sunshine vitamin", is synthesized directly by the skin under the effect of the sun's ultraviolet rays.  In northern countries, production is severely limited in the fall and winter and body reserves are depleted, which can lead to a deficiency.

Since vitamin D deficiency is associated with depression (11), it is therefore preferable to have a good intake of vitamin D. It is found naturally in eggs and fish and is added to milk and some vegetable drinks. However, since it is difficult to cover vitamin D needs through diet alone, it is necessary to take a supplement in the fall and winter.

Since SAD is the result of a lack of light, exposure to light is usually enough to make you feel better.

It is therefore recommended that you take an hour or so of fresh air every day when the sun is shining.

If this is not enough, light therapy can significantly reduce symptoms. This involves exposure to artificial light for a certain period of time each day, which allows the neurotransmitters to be "reprogrammed".

Another form of light therapy is artificial dawn simulation. This is an alarm clock that reproduces the natural conditions of waking up, by simulating the brightness of the sunrise.

For more serious symptoms, do not hesitate to consult a doctor. Psychotherapy and/or medication may be necessary.