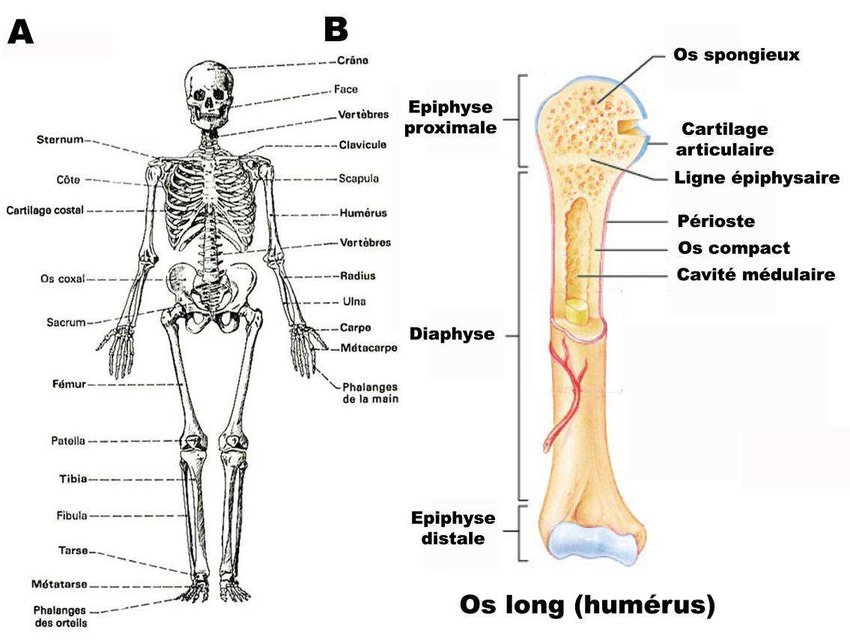 The more we learn about the human body, the more we discover in surprising ways that our evolutionary past continues to influence our present. Whether it's in psychology, sociology or genetics, we are becoming increasingly aware that many present-day phenomena can be explained by the transformations our ancestors underwent to better survive as a species.

Today, I propose to explore the human musculoskeletal anatomy to better explain different structures that had to adapt over the centuries and that may allow us to better understand certain problems that may arise.

The psoas
One of the biggest changes in human evolution is the transition from quadrupedal to bipedal walking. This feat, widely attributed to our ancestor Homo Erectus, required several structural changes in the human anatomy.

Suddenly subjected to gravitational force in a new axis, the trunk and upper body had to reorganize to adjust their functions to the new postures. It is at the level of the hip that the biggest change took place, its anatomical angle going from 90 to 180 degrees in a very short time.

The muscle that has suffered the most from this change is the psoas, which has to ensure a large part of the stabilization of the spine while continuing to ensure the motricity of the lower limbs. The evolution of the psoas has been slow and is still incomplete in many individuals, who end up with a psoas that is too short.

A psoas that is too short leads to an accentuation of the lumbar lordosis as well as an external rotation of the hip. A hyperlordosis is in fact an antero-posterior misalignment of the structures involved that can cause not only unpleasant muscular tensions, but also pain and put oneself at risk for a variety of pathologies such as spondylolisthesis.

External rotation of the hips, on the other hand, alters the working axis of the entire lower limb and can lead to strains and other problems as the body tries to compensate to keep the movements efficient despite a suboptimal axis. Finally, the psoas, being in continuity with the diaphragm in the deep pelvic muscle chain, can influence the diaphragm and thus cause a decrease in contraction capacity that can affect the power of the respiratory system.

The sacrum
The psoas is not the only structure at the hip that has evolved significantly. As a descendant of the ape, the biggest difference in our skeleton is the glaring lack of a tail.

In fact, as many of you may know, it is our coccyx that is the remnant of our former tail, which disappeared over the millennia simply because it no longer had a function. It is interesting, however, to understand the purpose of this small segment which is in fact four small fused vertebrae.

Located at the bottom of the spine and articulating with the sacrum, the coccygeal vertebrae apparently resisted the disappearance that affected the rest of the tail for a simple reason: they are the origin of some gluteal muscles.

In fact, during the quadruped-biped transition discussed in the previous paragraph, the gluteal muscles gained a lot of muscle mass and power. As they grew, they maximized their bone insertion surface and the coccyx, acting as an extension of the sacrum, is one of these expansion sites.

It is therefore understandable why a fractured coccyx can be so painful and incapacitating in movement and why a displaced coccyx can create sensations of discomfort or even weakness in the lower limbs of the person.

The forearms
One implication of the difference in locomotion type between us and our primate cousins is that we use our arms much less to move from tree to tree. Even though our hands play an undeniable role in our daily lives, the muscle power required to perform our daily tasks is constantly decreasing.

Physically demanding jobs such as laborers are in constant decline, office work is on the rise and our bodies are not necessarily well equipped to keep up. In the past, the flexors (muscles that close the fingers and move the hand in the direction of the palm) were used much more than the extensors and although still present, this ratio is much less pronounced.

Office work, for example, which requires the wrists to be in a slightly extended position, can impose uncomfortable mechanical constraints on the wrists and surrounding muscles. On the other hand, by redundancy, certain muscles of the upper limbs have begun to disappear completely from our anatomy. The palmaris longus, among others, is present in only 86% of contemporary humans.

A second life
Even if our constant evolution tends to drag out obsolete, redundant or downright useless structures, we have recently found an ingenious way to use them.

In the ever-amazing world of surgery, an irrelevant structure can be removed to replace a more useful one that has been damaged or is simply missing. One such muscle that is often used for tendon grafts is the plantar muscle. Consisting of the longest tendon in the human body, at least in the 88-92% of humans who still have one, the plantar muscle joins the palmaris longus on the list of most commonly used muscles for tendon grafts.

Conclusion
There are of course many other examples of how our anatomical makeup evolved into what it is today, but I hope that these few examples have given you a little more insight into why we are made the way we are and why we may be quick to experience certain pains in particular.