The “magic” of Medicinal Mushrooms 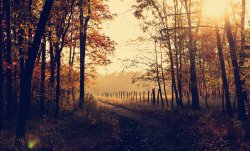 Cultures through the millenniums have taken mushrooms for multiple uses. These ancient people knew what we are just beginning to discover that medical mushrooms can heal a lot of illnesses. One of today’s uses for mushrooms is helping with cancer. Some of the major properties of mushrooms are their ability to strengthen the immune system.

Much of the modern day research that has been done with mushrooms started with Dr. Ikekawa studying cancer rates between 1972-1986 in Japan, noticing a lower rate of cancer in certain families being linked to growing mushroom. There are large variety of mushrooms growing all over the world, with medicinal compounds produced by the mycelium and the fruitbody. Some of these compounds are polysaccharides, glycoproteins, ergosterols; as well important to tumors is beta-glucans. These compounds help activate natural killer cells and macrophage, as well mushrooms produce natural antibiotics. I will mention six better known ones and some of their uses here. 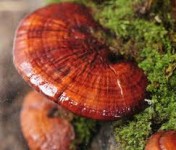 Reichi is a widely distributed mushroom from Amazon through Asia and North America growing in woods and on dying trees like oak, elm willow, maple, locust. Its active properties include B-glucans Hetero-B-glucans,B-glucuronoglucan,Ganoderans. Reishi acts to stimulate macrophage production. It is not as actively anti-cancer as some others. It does have anti-tumor, cholesterol reducing, anti-fatiguing anti-histamine, anti-inflammatory properties.

grows in North America, Japan, China, and Europe with active compounds of B-glucan, B-D-glucans, Mannoxyloglucan, hetero-B-glucans. It has anti-tumor, anti-diabetic, anti-viral properties. It has been studied with cancer patients showing tumor reduction in a high number of the study group.

is found in boreal forests on birch, elm, ash trees with active compounds such as polysaccharides, inositals, lactones, steroidals. They have anti-tumor anti-inflammatory properties. Its befungin compound was approved as an anti-cancer drug in Russia 1955. It is a black type fungus which was used traditional to treat tuberculosis, ulcers, liver cancer used in the form of a tea. 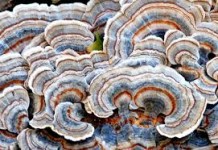 Found in North America throughout boreal, tropical forest of the world with active compounds B-glucans, D-glucans, Ergosterol. It has anti-viral,anti-tumor, anti-bacterial properties approved as anticancer drug in Asia as PSK.

found in North America, China, Japan, also found on dying trees with active compounds of Cyathane, Erinacines, Beta-D-glucans, Glucoxylan and others. It has anti-cancer,anti-microbialproperties. It has also been used in Parkinson’s disease due to its neuron regeneration ability which could be use useful for Alzheimer’s.

found mainly in China growing from the caterpillar larvae. It has anti-tumor, immune stimulating, cholesterol reducing, increase stamina. It has been used to help respiration, bronchial passages, fatigue, liver strengthener, and cancer.

These are only some of the many medical mushrooms growing around us. They can either be bought in liquid or capsule form. It is best however to consult a professional to help you decide what is best for your needs. The world of plants has a huge untapped potential to heal the problems of our world and mushrooms may very well be one of the best possible future medicines. As man has so damaged the land and his food that chronic disease is now more prevalent than ever before; and much of these are due to a weakened immune system, this is where medicinal muchrooms can play a large role.