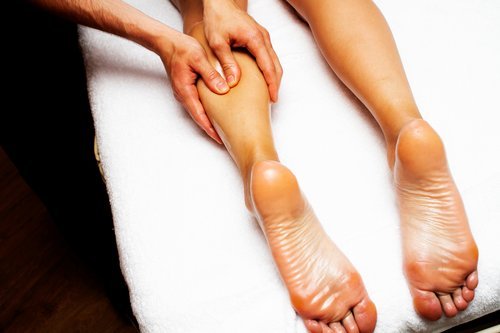 Misconceptions about sports massage
These days, everyone wants to be in the sportsman's lane, whether it's in terms of lifestyle, nutrition or the various treatments available. In fact, there is a significant craze for sports massage in the world of massage therapy. However, what does such a massage really consist of? Very few people would be able to give you an adequate answer. Most people would describe it as a deeper, slower massage. With the intense, fast-paced stuff being popular right now, it's not surprising that sports massage is the second most popular type of massage in many spas after Swedish massage. However, these treatments are often, in fact, therapeutic Swedish massage treatments, not sports massage.
What is sports massage?
Here is what sports massage, also known as flush massage, is and its various indications.
The primary purpose of sports massage is to activate the body and prepare it for exercise. It is characterized by massage techniques performed very quickly and with fairly vigorous pressure. We are talking about at least four times the speed of a normal Swedish relaxation massage, which is much higher than the majority of massage treatments you find under the label of sports massage.
Sports massage is not very pleasant to receive, as it is not relaxing at all. The idea of relaxation runs counter to the desired circulatory and neuromuscular activation, and your nervous system will not be able to sink into the second state (called parasympathetic) that is associated with massage therapy. In my entire career, I have never seen someone relax during a flush massage. Flush massage is a type of massage that respects the parameters of speed and pressure associated with sports massage, and adapts mostly Swedish massage techniques. There are other types of sports massages that are inspired by techniques from other families, but the results and modalities are similar. Flush is simply one of the most widely taught in massage academies in Quebec.
When is it appropriate?
Flush massage, whose primary goal is activation, is mainly used in the moments preceding a very demanding physical effort, whether it be a competition or a particularly rigorous training session. When used in this way, it increases the heart's circulation, warms up motor structures such as muscles and ligaments, but also puts the nervous system in a state of alertness through the intensity of the stimulus imposed on the skin. The immobile client therefore finds himself, without the slightest effort on his part, having the same kind of result that an active warm-up would give him. This is relevant in cases where the athlete's energy reserve is important to preserve for his or her activity, or where the activation is done in a setting where the parameters are controlled (as in the case of injury prevention).
Flush massage can also be used during physical activity if the modalities allow it. For example, a player who is on the sidelines can be treated between two appearances on the field. By doing so, a level of activation can be maintained when the body begins to have difficulty maintaining it on its own, giving a feeling of renewed energy.
Finally, the flush massage can be used after an effort to ensure a better recovery by promoting venous return and the evacuation of metabolic waste. The goal of post-competition treatment is not activation, but rather a return to calm through the application of several drainage techniques. Pre-, per- and post-training are therefore the majority of contexts in which flush massage is used.
Other applications

Even though flush massage is mostly associated with competition, it can be useful for more recreational athletes as well. The first context in which it could be applied is for those who are approaching the beginning of their practice season after a season of inactivity. The flush massage allows for a controlled activation that gently awakens the structures that will be solicited during the given physical activity and can very well be directly followed by a training session. This way, we put all the chances on our side so that the first run of the season, for example, is a success and we can start the new season on the right foot.
Secondly, and in the same spirit, the flush can be a good tool for people who have not been active for a long time and who would like to get back into shape. A few sessions of this type of massage can serve as a mini-workout and soften the new physical stress your body will be experiencing. In any case, the guidance of your massage therapist will also allow you to deal with the small tensions that may arise as your body acclimates to these new activities.
Analogy
If you are still having trouble understanding how flush massage works and why it is relevant, let me compare it to the popular drink Gatorade©. Gatorade© was originally developed for the University of Florida Gators. This drink was intended to help athletes in their physical activity. Over time, different Gatorades© have been refined for pre, per and post competition consumption. Today, Gatorade© is widely available at all levels of competitiveness, from the elite to the casual athlete. However, athletes do not drink Gatorade© exclusively, as they understand that it is more associated with physical activity. Flush massage follows the same guidelines.
Conclusion
Flush massage won't make you a top athlete, but like Gatorade©, if you combine it intelligently with your physical activity, you can maximize your performance and keep yourself safer from potential injury. Whether you plan to jump into competition right after the treatment, start a new season of sports after an off-season, or even just get back into shape, flush massage is a great tool. Also, being a sportsman does not condemn you to receive only sports massage, if your therapist suggests another complementary therapy, remain fluid and open to his suggestions.